Västmanland has one of Sweden’s highest rates of excess deaths

As Europe begins to get through the first coronavirus wave, we can start to get a sense of which parts of the continent have been hit hardest – and which have been unaffected. 8 out of 21 regions in Sweden have had significant excess deaths during the coronavirus pandemic, which is more than other countries in Europe. Västmanland is one of the worst-hit regions in Sweden.

In Sweden we have data for 21 regions:

Västmanland is one of the regions with a significant excess death rate. In total, more people than usual have died in Västmanland since the start of the pandemic, corresponding to . This is based on deaths occurring between week 12 and week 22.

Stockholm is the worst hit region in Sweden. In Stockholm, 71 percent more people than usual have died since the beginning of the pandemic, which corresponds to 2,283 people.

Compared to other areas of Europe, Västmanland ranks 92nd out of the 500 regions we have data for.

Bergamo, in northern Italy, is one of the first places coronavirus took hold in Europe, and the region has had deaths many times higher than usual. Data is only available for Italy until the end of April, when the country was still close to the height of its pandemic, so these figures are likely to fall when more complete numbers are released. 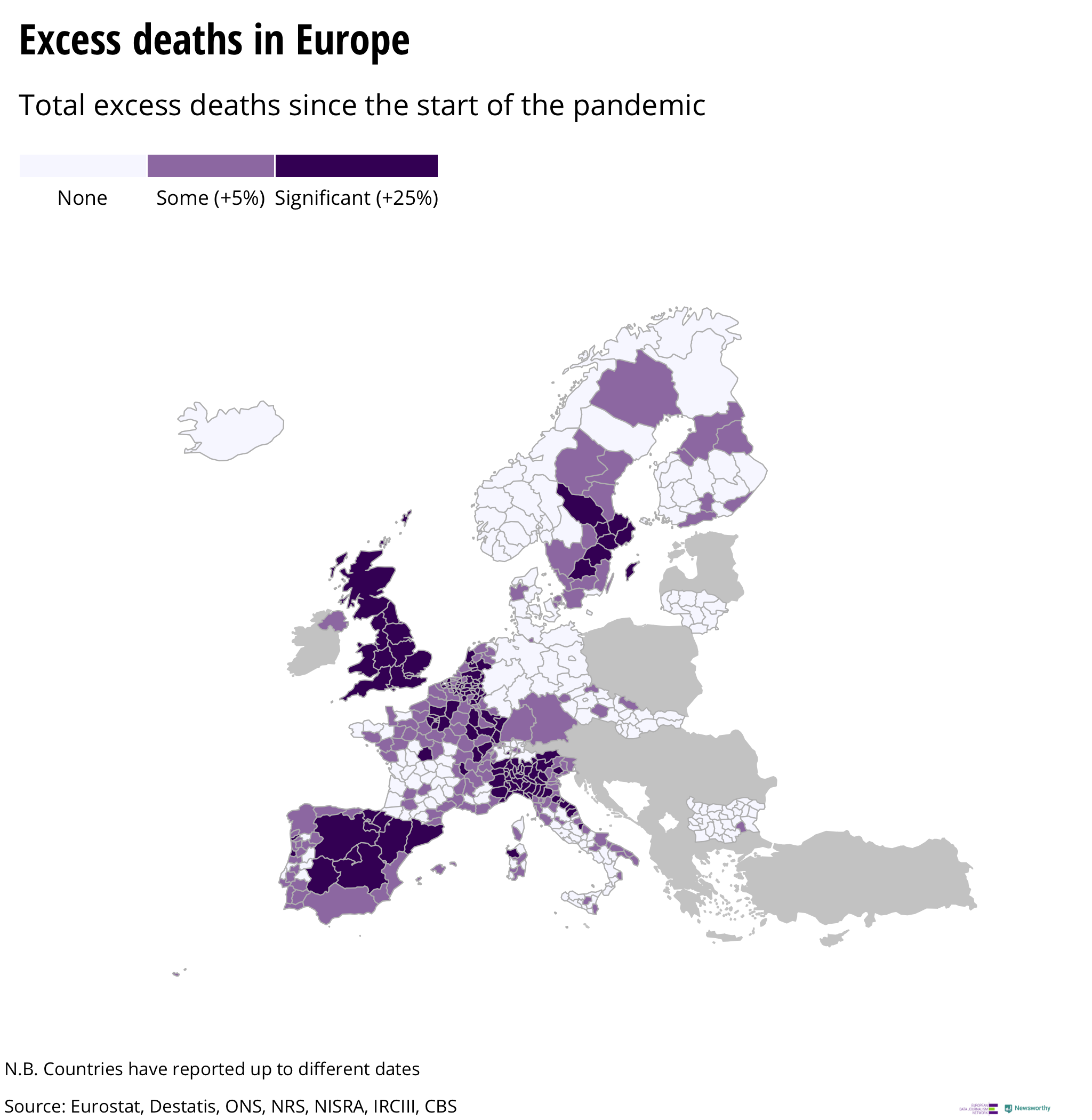